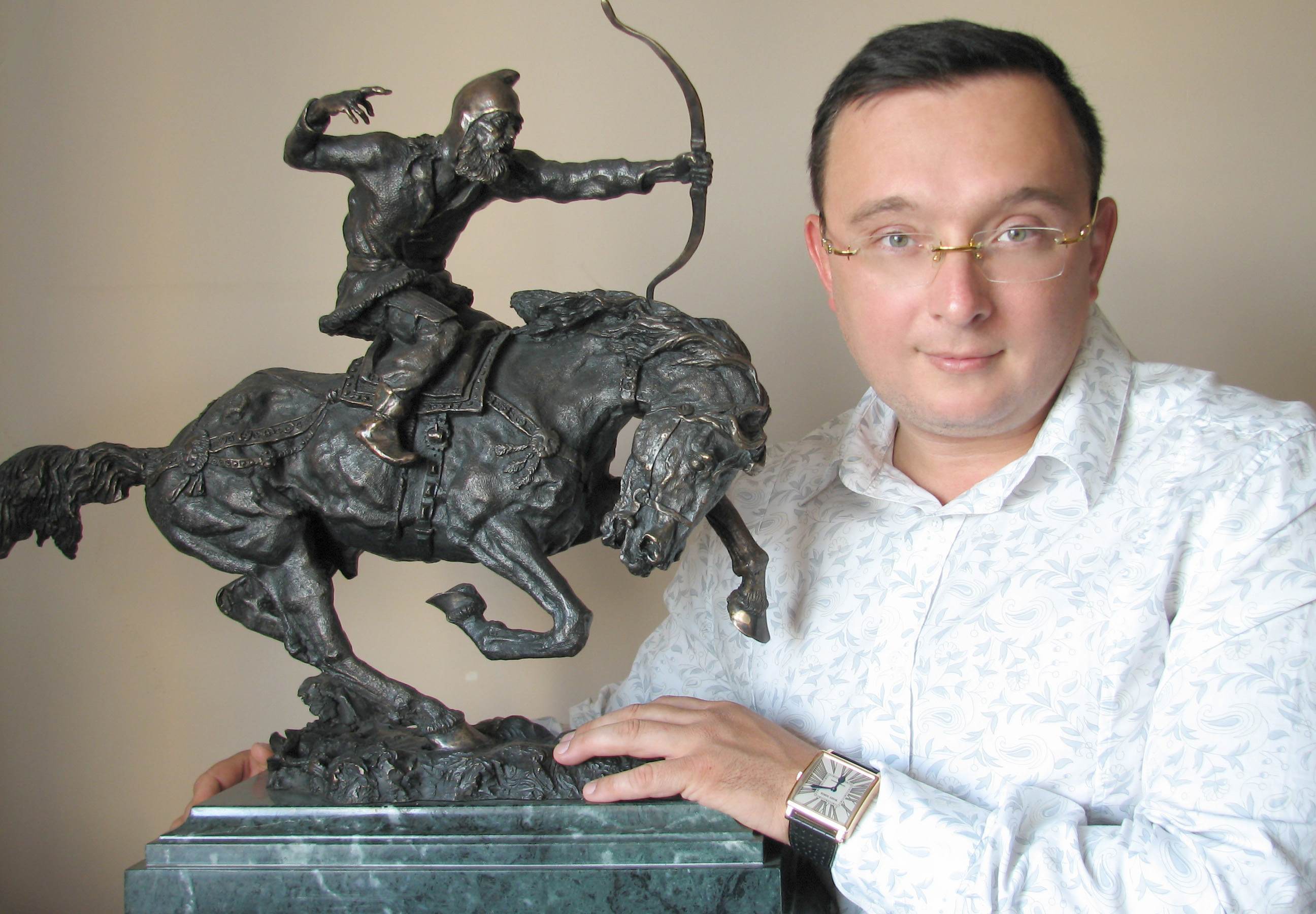 Oleg Kedrya was born in Dnipropetrovsk (Ukraine) in 1968. From 1986 till 1990, he studied at Kharkov Art School. In 1997, artist was invited by Kiev State Administration to take part in the decoration of the study of the President of Ukraine. In 2000, Oleg took part in the multiregional exhibition of paintings and sculptures “With Love to Ukraine” in Odessa. In 2001, he finished the postgraduate study in sculpture under supervision of Vladimir Chepelik at Kiev Academy of Fine Arts; In 2002, Oleg participated in the exhibition featuring works of the most famous sculptures in Ukraine “Trio: А.Vladimirov, O.Pinchuk, O. Kedrya”, Kiev. From 2000 till 2007, Kedrya participated in writing a book named “Ukraine – Cossacks’ State”. In 2006, he won the all-Ukrainian contest “Man of distinction of 2006”in the nomination for young men for my contribution in the field of art. Now, he lives and work in Kiev. His sculptures are in the personal collections of Presidents of Russia and Ukraine. The exhibition of artist’s bronze sculptures took place in Manhattan “Tile & Stone” Gallery in December 2011.

Oleg Kedrya characterizes the style of his works as Naturalism. His most significant works demonstrate his profound knowledge of animals and their impressive forms in motion. He is very scrupulous in details and uses all materials freely and creatively in his works – it allows him to express beautiful and powerful movements of different objects in his works. He achieved the highest level of the expression of animals’ movements. Some of his works feature so perfect, but at the same time, wild movements of untamed horses of the Russian steppe. Oleg was influenced by the heritage and history of this region: one may trace deep knowledge of Cossacks’ history and team sports in his works. His works are adored because they reflect the forms and motions of animals very realistically. All his sculptures are performed in bronze. In some works, Oleg used silver and gilding. As a stand, he uses such stones as Italian marble, and jade.

The From Russia With Art Gallery, in Cambridge, is the exclusive gallery to see and buy his works in New England. You are welcome to visit us by appointment and see the beautiful bronze sculptures by Oleg Kedrya. His original bronze sculptures of animals will be presented by the Gallery at the 17th Boston International Fine Art Show in November 21-24, 2013.

Interviews with Oleg Kedrya from the summer 2013 exhibit From Moscow to Manchester-by-the-Sea:
Part 1 of interview