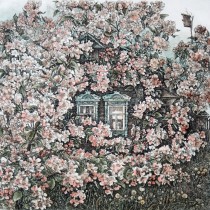 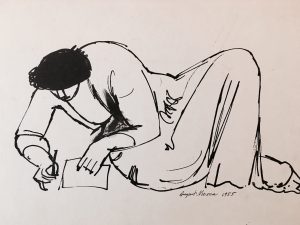 From Russia With Art Gallery press release for COS 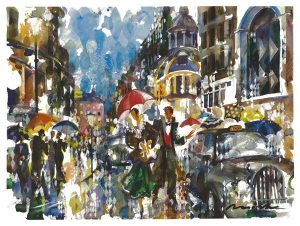 With spring in Cambridge, we welcome the vibrant sights and sounds of the 9th Annual Cambridge Arts Open Studios, from May 13-14, 12Noon -5 30pm. Annually, Open Studios celebrates the creative work of visual and performing artists in the City and invites you to experience and purchase work in studios and Common Venues throughout Cambridge! Learn more at www.cambridgema.gov/arts/programs/openstudios.

The exhibition is curated by J. and O. Koenig of Cambridge, MA. Olesya and Jerry are Russian art experts, collectors and owners of From Russia With Art gallery (www.fromrussiawithart.org) in Cambridge.

Gallery is also proud to feature original works on paper (pastels, mixed media, drawings) by an important American modernist August Mosca (1909-2002,) created by the artist in 1940s-1970s. The presentation is part of an ongoing project to re-introduce August Mosca to the general fine art audience of today as an artist of much merit, nearly forgotten and whose work had been admired by other artists in his own day. As such, it is an effort at custodianship, as much as possible, in hopes that this portion of the lifework that is, these works on paper, can find a suitable, long-term institutional conservancy. It is our hope, ideally to place these works as an archive for the appreciation of August Mosca.

See you during the Mother’s Day weekend at the friendly atmosphere of Big Picture Framing Shop at the heart of historic Harvard Square, Cambridge, dear friends! The event takes place on May 13-14th from noon- 5 30 PM.