“From Russia With Art : Revolutionary Visions From 1917 to 2017.” An article for the Journal of Print World by Maria Bablyak and Olesya Koenig 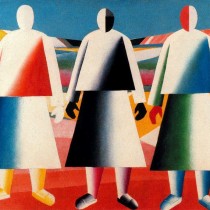 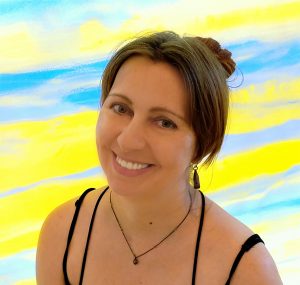 Olesya Koenig, Owner of From Russia with Art Gallery, co-author of the article

The turn of nearly every century brings new developments in society, either new beginnings or a return to old ways; the 20th and 21st centuries are no exception. We can draw a parallel between political changes in our country and those in Russia in the 20th century. In fact, 2017 is the centennial of the Russian Revolution, a most curious coincidence. It appears that revolutionary ideas in society and revolutionary ideas in art develop simultaneously. For instance, in Russia they manifested in movements like Constructivism and Suprematism, giving birth to masterpieces by such progressive artists as Kandinsky, Malevich, Tatlin, Lissitzky, Popova, & al.
Constructivism was an artistic philosophy which rejected the notion of “art for art’s sake,” and art became functional. A new country was being built, and an art movement arose with totally new aesthetics, the idea of art serving the social cause. There was a significant shift towards abstract art, stylized, punchy artistic concepts of posters propagating the new philosophy. Constructivist art works in Russia, indeed, most convincingly propagated Bolshevik dogmas. No one should underestimate the power of the image, and particularly image in prints, which spread the message widely and rapidly. 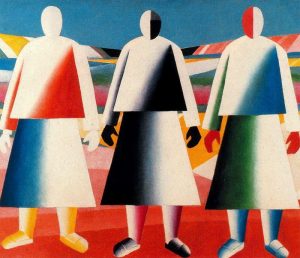 Another artistic movement, Suprematism, founded by Kazimir Malevich, originated about the same time in Russia. At first glance, it might look somewhat similar to Constructivism, but it went further in abstract direction, focusing on basic geometric forms. And in sharp contrast to Constructivism, Suprematism embodies an anti-materialistic, anti-utilitarian philosophy, and addresses spiritual matters rather than mere functionality. At the beginning of the 20th century, in particular the avant-garde harnessed the use of art as a tool, as the means of conveying ideas to the broader masses, so that art is no longer exclusive to the upper classes, but becomes the vessel of ideas.

There are three famous old Russian art schools which survived the revolutionary years. The Academy of the Three Noblest Arts in St Petersburg was founded in 1757, and later renamed the Imperial Academy of Arts by Catherine the Great; the Academy promoted the neo-classical style and technique, and sent its students to European capitals for further learning; additionally it had a vast art collection available for students, a collection which was later seized by the Hermitage. (In the Soviet era it was renamed the Ilya Repin Institute of Painting, Sculpture and Architecture.) Many prominent Russian artists were graduates of the Academy; of whom probably the most famous in the West is the marine artist Ivan Aivazovsky. A similar institution in Moscow is the Surikov Moscow State Academy Art Institute, which was founded in 1865 by merging a private art college and the Palace School of Architecture. More relaxed than the strict classical training of the St Petersburg Academy, the Surikov Institute played an important role in developing national realistic art. Notable alumni include some of the most popular and loved Russian artists, such as Isaac Levitan, Konstantin Korovin, Alexey Savrasov, as well as Stanislav Nikireev. The third major school is the St Petersburg Stieglitz Academy of Art & Design. It was established in 1876 by Baron Stieglitz, who built a unique facility where each room in the Museum is created in a different historical style, filled with fantastic art collections from all over the world. It was innovative in combining classical training with new ideas. For instance, masters working for Faberge acquired their knowledge and skills at this school. (In the Soviet era it was known as the Vera Mukhina College, after the artist who produced the famous sculpture of the Worker and the Kolkhoz Woman for the Soviet pavilion in the 1937 Paris World’s Fair.)
The Russian art school believes that the avant-garde is necessary, yet that realism remains an important part of the arts scene; not realism as a dull copy of what the eye sees, but a vision illuminating important details which a materialistic approach to life might skip. No matter how conceptually wild a direction art may take, realism seems to endure. Modern realism absorbs revolutionary ideas such as color theory, new discoveries in psychology, brain studies, etc., and transforms them into a better understanding of life and therefore better artwork.

From Russia With Art Gallery, based in Cambridge, Massachusetts, offers the best examples of modern realism, and continues to support traditional and progressive movements in art of realism. It presents highly skilled and creative interpretations of nature, human emotions, the beauty of home, either cities or villages, in paintings and prints by outstanding professional Russian artists. Olesya and Jerry Koenig are Russian art experts, collectors and owners of From Russia With Art gallery (www.fromrussiawithart.org.) For the past 7 years the gallery maintains an internet presence and features several moving exhibitions a year, selling and building knowledge of contemporary Russian-American art and Russian-American cultural relations. Works on display at Capital Art Fair (www.capitalartprintfair.com) and AD20/21 &
Boston Print Fair (www.AD2021.com) will include etchings, dry points, aquatints, and other works by Russian artists, which they just brought back from a recent trip to Russia. 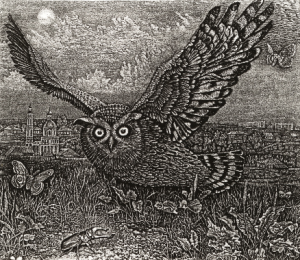 People’s Artist of Russia Stanislav Nikireev (1932-2007,) a Member of Russian Academy of Art, was one of the most remarkable Masters of modern Russian Fine Arts. Experts consider his incredibly detailed works as a unique phenomenon in current landscape art and etching technique, to be compared only with the legacy of old Masters, such as Albrecht Durer, and especially Pieter Brueghel the Elder.
Alexander Vetrov is an outstanding colored etching artist. He was born in 1952, in a Moscow Region village which is now incorporated into the city of Moscow. Vetrov’s works are detailed pictures, panoramas of difficult and beautiful compositions. He uses color tactfully in a competent, professional manner, which blends into his etchings, without taking away from the etching itself.
Irina Pisarenko’s enchanting realistic etchings depict St.Petersburg, Russia, one of the most romantic cities in the world which has always been associated with mystery, and invitation to revery. St.Petersburg is cold in winter but how vibrant and romantic are the famous “white nights” in the month of June! Irina’s virtuosic etchings, executed in Rembrandt’s technique, convey all the moods of the city. 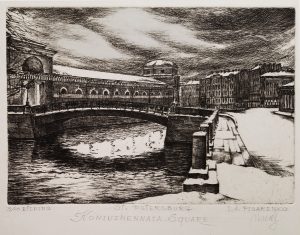 At present, we live in a time of political change, which brings an element of uncertainty, when no one knows for sure what will turn out well or poorly. Since art is organically interwoven into the fabric of life, the question is: what direction art will take in response to current developments in the world— what an avant-garde will look like now. Will art become even more conceptual? Or will it look again into basic human values? Despite the abstract searching of the avant-garde with its revolutionary ideas, the Russian art school always preserved strong traditions, fostering the idea that each artist should have a foundation in art history, classical training in art skills, and a certain level of knowledge, to become a professional. 100 years ago, Russian art brought a revolutionary vision to the world. In 2017, From Russia With Art invites you to celebrate the beauty of it.

An article will appear in March 2017 edition, http://www.journaloftheprintworld.com.